Happy Belated Birthday to the King of the Universe

I drew this on Kirby's birthday but I was kind of underwhelmed by it.  I wanted a better representation of my respect for a man that I never met but has formed my world so positively.  Thanks Jack... 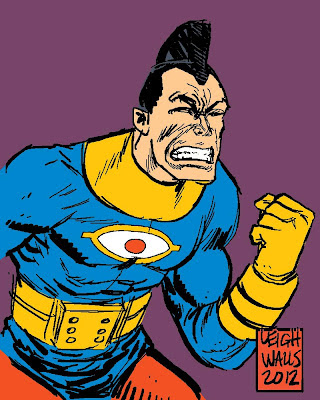 Posted by Unknown at 4:29 PM No comments:

Effing around with Photoshop and Sketchbook 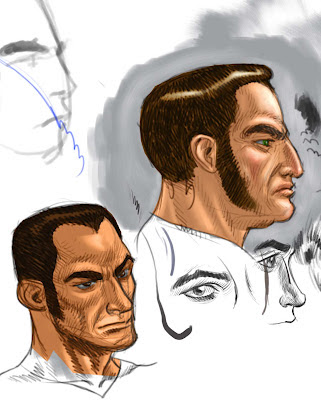 I just decided to try out Autodesk sketchbook to see if I could do my pencils digitally.  Sketchbook has a ruler tool that could definitely help with perspective drawing.  So far I'm torn between Manga Studio's perspective rulers and just a plain old T-Square/Triangle solution.  This is just me messing around with sketching a face in Sketchbook Pro and coloring the way I do in PS.  It's okay.   Maybe a little slow.  Anyway...  there you go.
Posted by Unknown at 4:16 PM No comments:

Arms, a leg, a couple of faces, boobs and The Savage Dragon 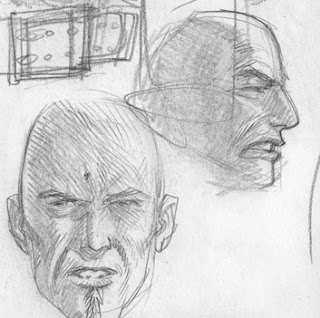 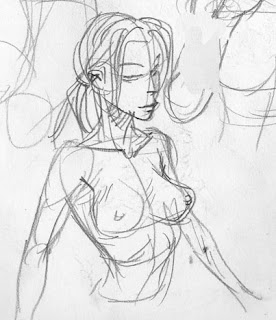 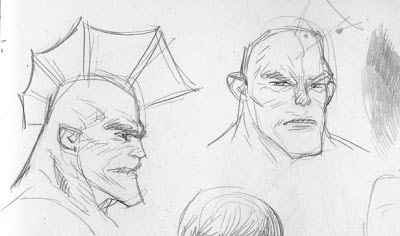 Posted by Unknown at 8:54 PM No comments:

So I sat down to play with a Z-Brush trial that I've been dying to play with.  I have this Venom sketch that I think I want to see in 3-D.

A hefty endeavor, I grant you, but I think it's one that would be worthwhile to pursue.  What do you think?

Achem!  Anyway, while going through sketchings I did somewhat recently I got the urge to look at my blog to see what was there.  My last entry was truly a sad one.  Not very interesting, at all.  So I wanted to update my blog.  But the heading was crapzilla.  Big enough to crush Tokyo with it's floppy crap tail and it's giant crap back scales that glow right before it spews crap fire.  What am I talking about?  I DON'T KNOW!  Bust it definitely resulted in me changing my header.

Which will definitely change... maybe soon... maybe not but at least it looks like something.

Okay.  Back to doing something worthwhile.  It's probably not the Venom because I'm all about my blog now so, it's probably a new header.

Later Gators!
Posted by Unknown at 8:40 PM No comments: