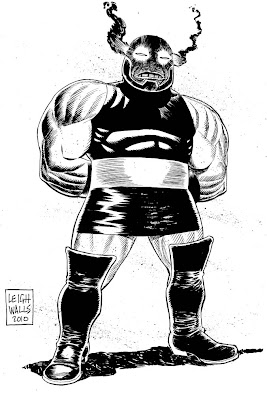 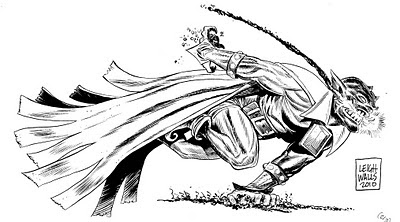 I know we've just met, but check out my podcast with some good guys from all around the country. The website is DCUO-Unlimited and it's mostly about an upcoming massively multiplayer online game that's coming out in November based on the characters of DC Comics (I drew last post's Capt. Marvel for my friend on the site) but we also go into pop culture stuff and also, most definitely comics. Next podcast will have a drawing of Wonder Woman on the cover by friend and fellow podcaster Humphrey Ching and the one following might have a cover illustration by the host of DCUO-Unlimited, Alfredo "Apple" De La Fuente, so that is definitely something to see. In the future, I have plans of posting more DCU characters like Etrigan, Darkseid and even S.T.R.I.P.E. (a big robot suit guy based on Stripesy from the older DC Comics).
That's it for now...
I'll seeya soon..
later gaters
Leigh
Posted by Unknown at 8:12 AM