This election season is... interesting.

I saw the Donald on TV and for the longest time, probably for as long as he's been running for president of the US, I've wanted to draw hi as a character and, maybe, include him in a comic I've been working on for, perhaps, too long.

Pardon my verbosity, here's the picture... 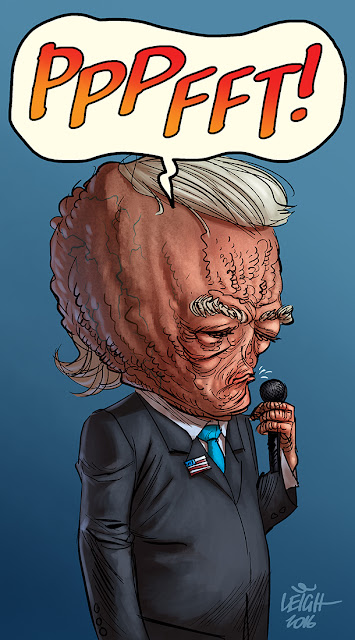 I also did an alternative version due to his unfortunate habit of refilling his lungs quickly through his nose into the listening microphone. Yes, people need to breathe, but... COME ON!!! 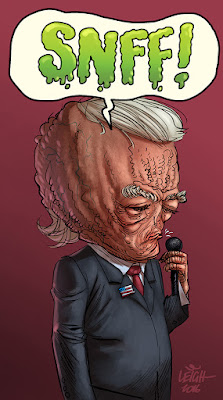 I truthfully thought about doing a Hillary one too, but she's not as visually interesting as Trump. Maybe I'll revisit when it's all over.